Auvergne is the ideal destination for relaxing holidays offering maximum well-being and plenty to see and do.
Allow yourself to be carried away by its monumental volcanoes, the natural quality of its products, the purity of its springs and the sheer vastness of its landscapes. Not to mention the charming villages, impressive castles and preserved churches.

Enjoy it, share it, breathe it in, make the most of it… Auvergne a new world with so much to offer! 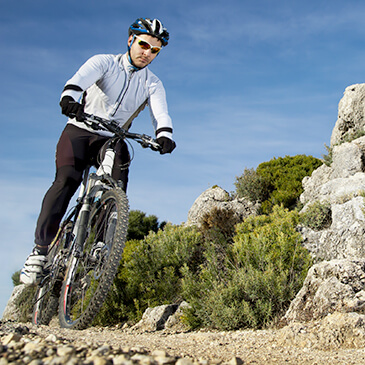 tracks for you to use. Ideal for bikers with a fairly good condition.

Motor and car There are beautiful, exciting winding roads with fantastic panoramas!

The Chaine des Puys This famous Chaîne is a volcanic area stretching out for more than 30 km and located in the centre of Europe’s largest regional nature park: the Parc Naturel des Volcans d’Auvergne (the Auvergne Volcanoes Regional Nature Park). One of Auvergne’s most famous volcanoes, the Puy de Dôme, reaches up to an altitude of 1,465 m. It offers an unbeatable view across the Chaîne des Puys and the surrounding landscapes.

Unique train Aboard the ‘Train of Discoveries’ you enter the heart of the Regional Nature Park Livradois-Forez along the Gorges of the Dore.

Golf The Auvergne’s golf courses stand out for the 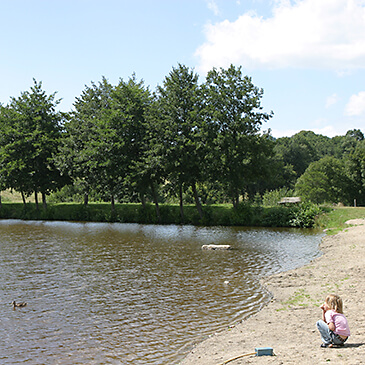 marvellous natural settings which surround them. Whether at the foot of the Puy de Dôme (Les Vol- cans in Orcine) or in a spa town like Vichy (Sporting Club de Vichy and Golf Club Montpensier) ,golf can

be found everywhere throughout the region.

Swimming and playing In the Puy de Dôme are many lakes and rivers. Close to our place you can swim and sunbathe in the ‘Plan d’eau of Cunlhat’ and in Lake d’Aubusson d’Auvergne.

Fishing In the rivers and lakes of the Puy de Dôme there are many kinds of fish. The king of which is the trout.

Canoeing In the Allier river is an ideal setting for family excursions by canoe.

The Auvergne’s cultural heritage is both simple yet generous. The Auvergne has around 250 religious buildings, erected between the 11th and 13th centuries. The Romanesque style can be admired in, for exemple, Notre Dame du Port in Clermont- 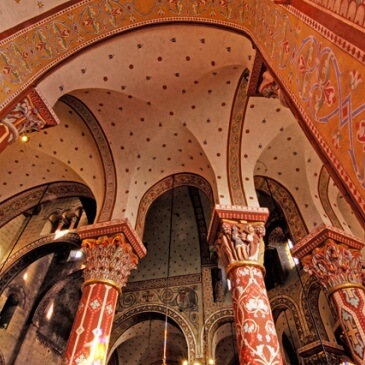 Ferrand (listed as UNESCO world heritage) and Saint-Austremoine in Issoire.


Markets and antique markets There are many local markets where farmers sell their vegetables, meat and cheese. You will find one every day somewhere nearby.

La Route des Métiers (Trades Road) Along this route you will find castles, monuments, but also workshops where old trades are demonstrated. Find among others: potters, organic farmers, a pencil manufacturer and a soap workshop.

Museums There are many possibilities, for example Richard-de-Bas mill in Ambert, an ecomuseum that brings the history of the paper industry back to life (handmade paper production), The Cutlery Museum: a tribute to 700 years of cutlery making heritage in Thiers, the Adventure Michelin and the museum MARQ with his Fine Arts Collection, both in Clermont-Ferrand. 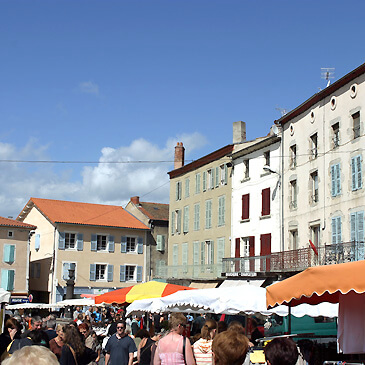 of the Auvergne’. One of these routes is especially aimed at the castles of Livradois-Forez!


Villages and towns Nice villages with an authentic character are for exemple the medieval village Billom known for his garlic, Ambert with a nice weekly market where you can buy the cheese Fourme d’Ambert, Cunlhat with his colourful houses, Courpière, Thiers (cutlery), Vollore Ville, Issoire (Romanesque abbey), Usson and Montpeyroux, both have been ranked among France’s Most Beautiful Villages.

Fashionable Vichy is also worth visiting; it is one of the health resorts of the Auvergne. La Chaise Dieu has a famous abbey and in august the Festival of Classical Music is held.
Clermond-Ferrand – the capital of the Auvergne – has a beautiful basilica (which is on the list of the world heritage) and picturesque streets with antique shops and galleries. 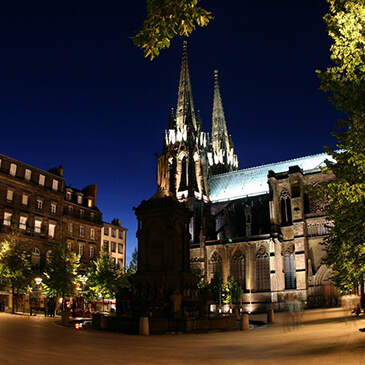 
other local cheeses the cheese lover can really let himself go.

Beef en chacuterie The Auvergne has 3 cattle breed – the Charolais, the Salers and the Aubrac – which are famous for their tender, tasty meat. The quality of the sausages and ham is very high and have a hallmark.

Wine Till the 19th century a large quantity of excellent wines were made here. Unfortunately the phylloxera epidemic put an end to this. However, after the epidemic they started to make wine again. Highly flavoured wines are produced in the Côtes d’Auvergne and in Saint-Pourcain.

Water 109 grand crus! The Auvergne is home to more than 100 spring and mineral waters. The volcanic past of the region provides an exceptional environment for filtering and mineralising water. Take the time to sample them all during your holidays in France! (for exemple, Volvic, Vichy 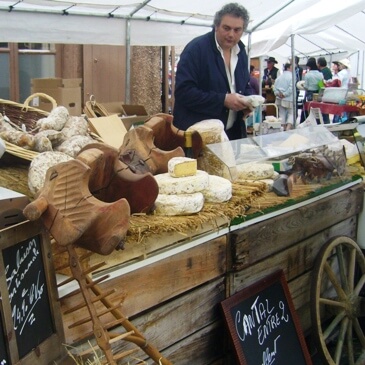 Forêt d’Aventure Adventure park in the trees in

Vulcania An interesting outing with the children would be to the amusement park ‘Vulcania’. This theme park is 15 km. west of Clermont Ferrand in Saint Ours Les Roches. Scientific mysteries around volcanoes are unravelled here. It is an instructive park about all aspects of volcanoes.

Parc Animalier d’Auvergne The Auvergne Animal Park covers 25 hectares in the Cézallier Massif. During your visit, you’ll have a close-up view of 400 animals from 5 continents. You’ll experience a superb panorama that enhances your visit. A total immersion in nature and the animal world. 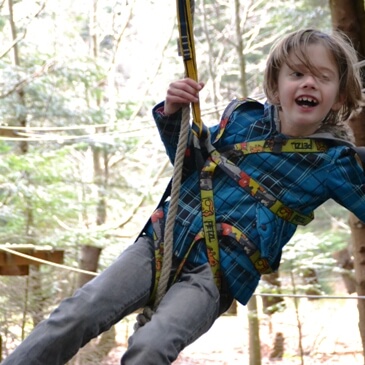 In winter when there’s snow, you can enjoy different winter activities:

Raquetten Or: snowshoe tracking. Experience the nature in a whole new way. In the above Les Cretes du Forez, there are 20 km of marked routes especially for raquettes. Explore the white landscape in a unique way!

At the end of the day you can relax in our lounge where we will light the fire and pull up a chair at our ‘table d’hote’!

Skiing The 2 larger ski resorts in the Auvergne are 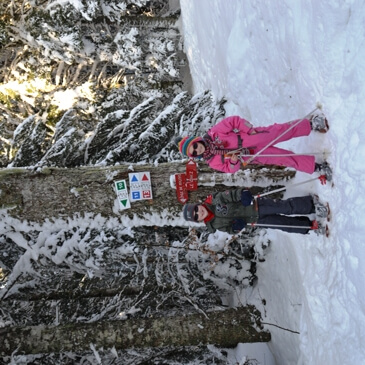 located around the 2 highest mountains. Massif du Sancy (Super Besse with crossing over to Le Mont-Dore; total 85 km of pistes) and Massif du Cantalien (Super Lioran; 60 km of pistes). Both areas are about


a 1 ½ hours drive away from our property, so a good opportunity for one or more days of skiing!

Closer (40 km from the property),in the Haute Forez you’ll find skistation Chalmazel. A smaller skiing area (12 km of pistes) wich is open from December till April. There are also snow cannons. Perfect for some runs with your kids.

You can alternate skiing with other snowactivities like cross-country skiing, snowshoetracking or hiking!